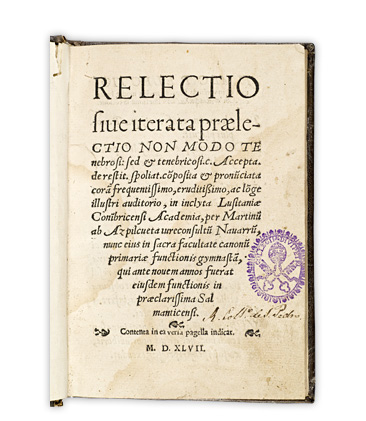 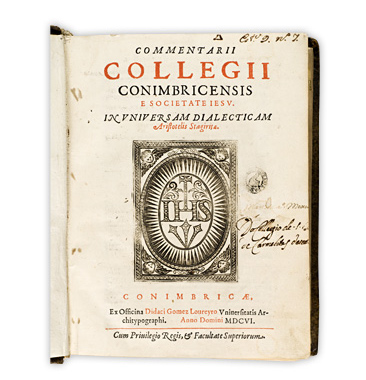 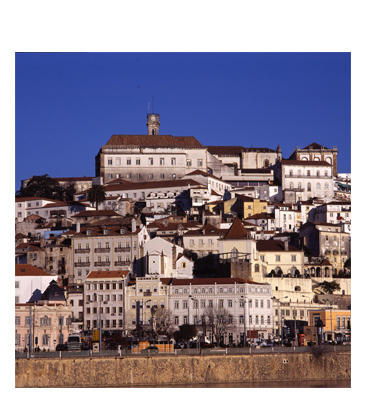 The University of Coimbra – Alta and Sofia holds a singular group of attributes whose importance goes beyond its national context, and takes an international dimension. The careful development of the themes below, particularly illustrative of the mentioned attributes, can be found in the remaining volumes of the file, particularly in those titled General Texts and Influences.

Therefore, the seventeen attributes that justify and provide the necessary meaning to the classification of the University of Coimbra – Alta and Sofia to the World Heritage Site, are briefly presented.

One of the Oldest Universities in Europe

In 1290 the University is founded in Lisbon by royal decree of King Dinis. Until the end of the 13th century it is part of a small group of 15 operating universities in Europe. After a period of alternation between the cities of Lisbon and Coimbra, the definite transference occurs in 1537, by order of King John III and with the strong influence of the Santa Cruz Monastery.

The Only University in Portugal Until 1911

The University of Coimbra was, for several centuries, the only university within the cultural and scientific area of Portuguese influence, with exception to the period between 1559 and 1759, a time during which it coexisted with the University of Évora. Its impact was universal, particularly during a period in which both Portugal and Spain were structuring their empires at a world scale with the expansion and sea discoveries.

The university reformation developed by King John III and the consequent and definite transference to Coimbra promoted the development of an educational pole able to host the significant flux of students and to promote the continuous  award of academic diplomas. Sofia Street was the urban representative of the time, a new paradigm and a modern European model. It was planned to be a structuring axis of urban development and growth in the limit of the city and with a specific program – the university.

A Model For New Types of Architecture

Through a college network constructed since the 16th century, the University of Coimbra staged several architectural experiences that resulted in new type models at an aesthetical, artistic and programmatic way. Of these are good examples the cloister of Graça College and Jesus College.

The University That Occupies a Royal Palace

The oldest nucleus of the University of Coimbra is located in the set of the Schools Courtyard and it essentially corresponds to the ancient royal address of the country, the former Royal Palace of Coimbra. Its continuous use, for five centuries prior to the settlement of the University, with a continuous consolidation and constructive evolution, make of it a singular and absolutely outstanding building in the European context of university architecture.

The exceptionality of the Baroque Library

Created as a study library and reserved to the university community, this is one of the most beautiful libraries in the world. The shape and ornamental richness, the valuable bibliographic estate of more than 53 thousand books from the 16th to the 18th century, still available for consultation, all contribute for the exquisiteness of the place.

Example of university reformations in the ideological, pedagogical and material fields

During its history of more than seven hundred years, the University of Coimbra survived several reformations that corresponded to different domains of knowledge and education, and that are materially registered in its buildings: the Baroque reformation of King John III, the Pombaline reformation, the action promoted during the Second Republic to the democratization of education and consequent infrastructure expansion.

The University with ancient academic traditions

From the most institutionalized academic culture (Honoris Cause doctorates, the Official Opening of the School year, etc.) to the most spontaneous, such as the Latada parade.

The University of cultural and scientific expansion

Either as a literary workshop or as a disseminator of new ideas, the University of Coimbra has had a fundamental role in the formation and simultaneous and concomitant incorporation of new knowledge since the Discoveries that have forever changed the world scientific scenario.

The University of cultural and scientific dissemination through Press

The University of Coimbra takes, in Portugal, a fundamental role in the field of scientific research. The known origins of the operation of the first academic press, the University Royal Workshop, date back to the 16th century. Later, other would be founded in the academic context such as the Royal College of Arts, the Jesus Company and the Santa Cruz Monastery of Coimbra.

The University of Coimbra holds property of many collections of objects and specimen, mostly gathered since the 18th century, whose importance goes far beyond the national relevance, for its enormous variety and quantity of original objects. From these stand the collections of Natural History and Physics. Closely related to these objects we find the impressive biological heritage of the Botanical Garden.

The University of the consolidation, dissemination and expansion of the Portuguese language

As the only Portuguese university, Coimbra has become, throughout the centuries, an important cultural pole. The educated linguistic norm of this city had a strong influence over its students, who would later influence the people from other geographical areas. The university is also important for it was the place where many of the important names of the national literature studied.

The University of Coimbra, responsible for the education of the main Portuguese managing elite, was one of the main and most energizing institutions to take part in the ideological formation of the Portuguese State throughout the centuries. Considered the “political thermometer” of the country, the university accompanied the political and social convulsions of the country, balancing from support manifestations of support of the ruling regimes to its opposition.

The University of elite formation in a pluricontinental area

Given the exclusivity it had for a long period of time, the University of Coimbra had a fundamental role in the formation and acquisition of competences, with strong relevance in the exercise of ruling, diplomatic and governmental tasks. As the only university in the totality of the geographical area of Portuguese administration, its action extended to the education of the professionals operating in those areas.

Model of exhibition of the scientific heritage

Aware of the importance and value of its great estate of scientific objects, the University of Coimbra understood that those objects should be object of public exhibition in a renovated and updated museum. The Science Museum runs in the renovated Chemical Laboratory and is at the present undergoing the project second stage for its installation in the Jesus College.

Model of integration of the archaeological and architectural heritage

Within the scope of the interventions carried out during the last years, the archaeological activity has allowed the identification and rescue of a series of objects and architectural structures that help understand history and the material evolution of the University of Coimbra, proving, occasionally, documented traces, either by written sources or by cartographic sources.

Model of retrieval of the architectural heritage

The intervention in the historical architectural heritage of the University of Coimbra has been guided by actions that respect the concepts, methods, techniques and practices of architectural rehabilitation in force during each historical period. The University of Coimbra is intended to develop propositions by correcting, balancing and progressing in the affirmation of this field of its heritage, as a factor of economic and social development with a full respect for the people, their culture and social organization, as well as for their differences.